This time last year I was in a mad dash trying to finish up my then soon to be 4 year old's big boy room when we did this to his room: 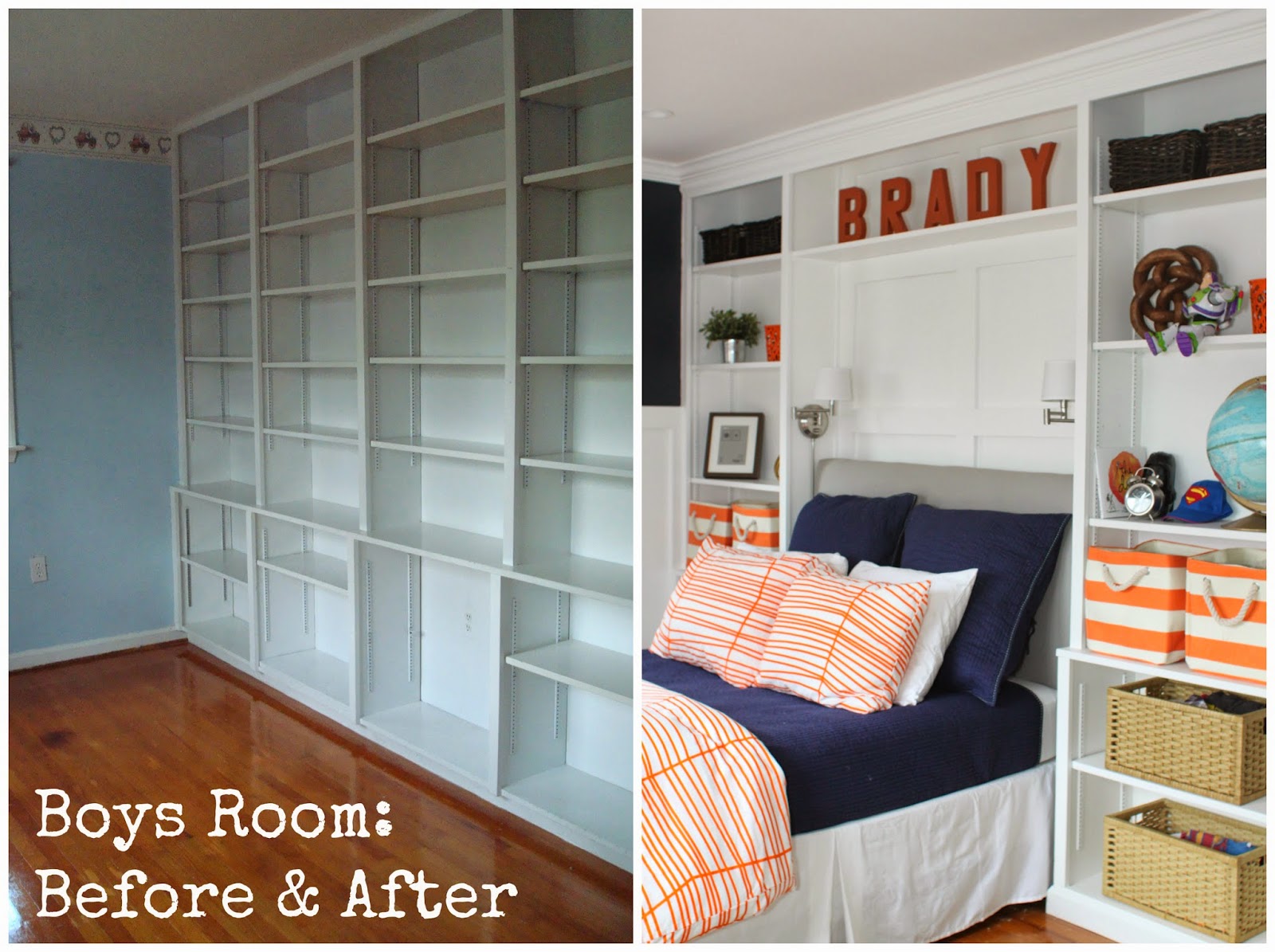 Then I told you to ignore the fact that he still had a changing table for a dresser because I had big plans. 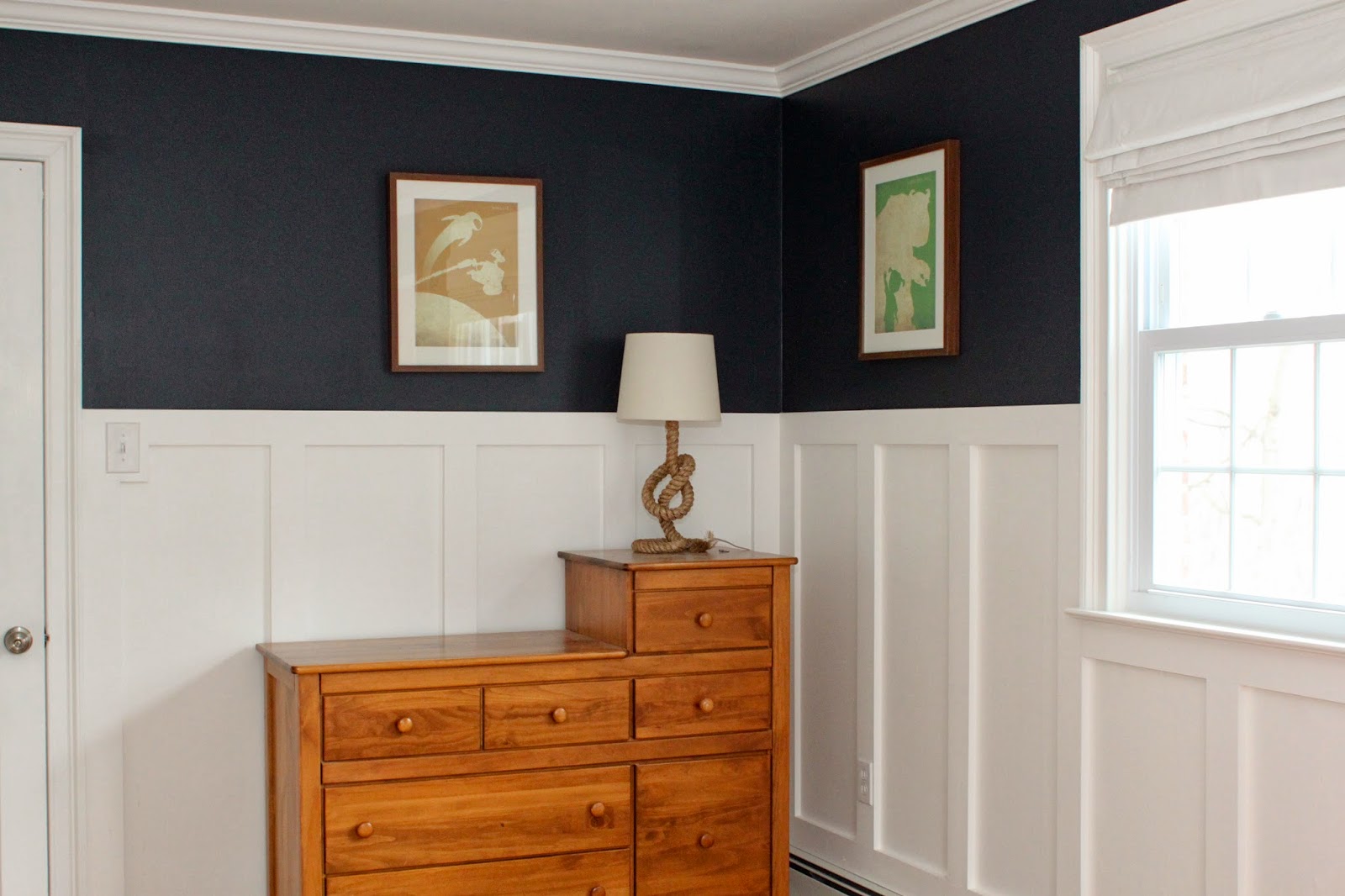 Then I kept you in the dark and did nothing with it.  For a year.  Because just like that my 4 year old is now about to be a 5 year old.  I can't believe it.  I digress.  So while I can't make him slow down I can update the area.

Brady has been asking for a desk for a few months.  He's entering kindergarten where I'm sure he'll be burning the midnight oil at that desk studying his ABC's, memorizing his sight words and learning to tie his shoes.  Anyway odd request for a not-yet 5 year old but his birthday is coming up and is something we'd need to figure out anyway.

It is a narrow room so I've been struggling a bit on how to fit a desk and a dresser into the space.  I considered using Ikea's new kitchen cabinetry, sans legs to build a desk that could also double as a dresser but while I still think it would be awesome, it became complicated and I'm running out of time/energy.  I think this gray cabinetry would have looked pretty cool with a wood top...

Anyhoo moving on.  I've narrowed the options down to this (which I would stain):

Or this (where I could be super lazy and just drop it in the room):
Love the style, love the scale, don't love the price.

So basically I've decided to spend more money and I STILL haven't addressed the 'changing table in a 5 year old's room' problem.  Buy new or hack what I've got?