So no big post here b/c I didn't build anything or really do anything more than punch in my credit card number and open a box :)

A couple weeks ago I mentioned that I was searching for a desk for Brady's birthday.  I ended up going with the trestle desk.  It had a lower profile and for the small room, it made sense.

We placed it in his room while he slept the night before his birthday.  I added some random office supplies to it.  Early the next morning the first words we hear are, "I got a STAPLER"?! 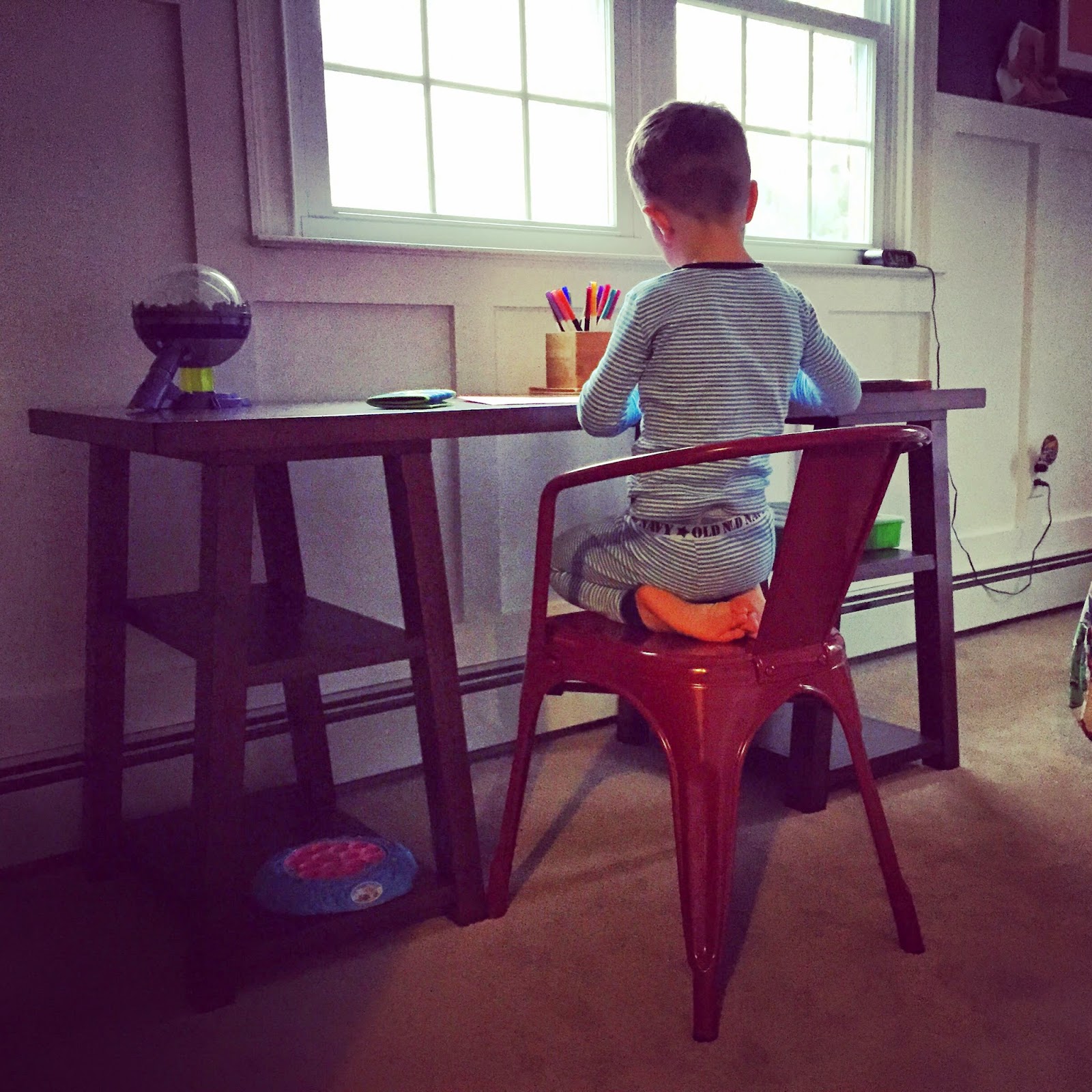 Apparently the desk is just a really expensive gift bag for the stapler :)
Posted by meg at 1:04 PM No comments: 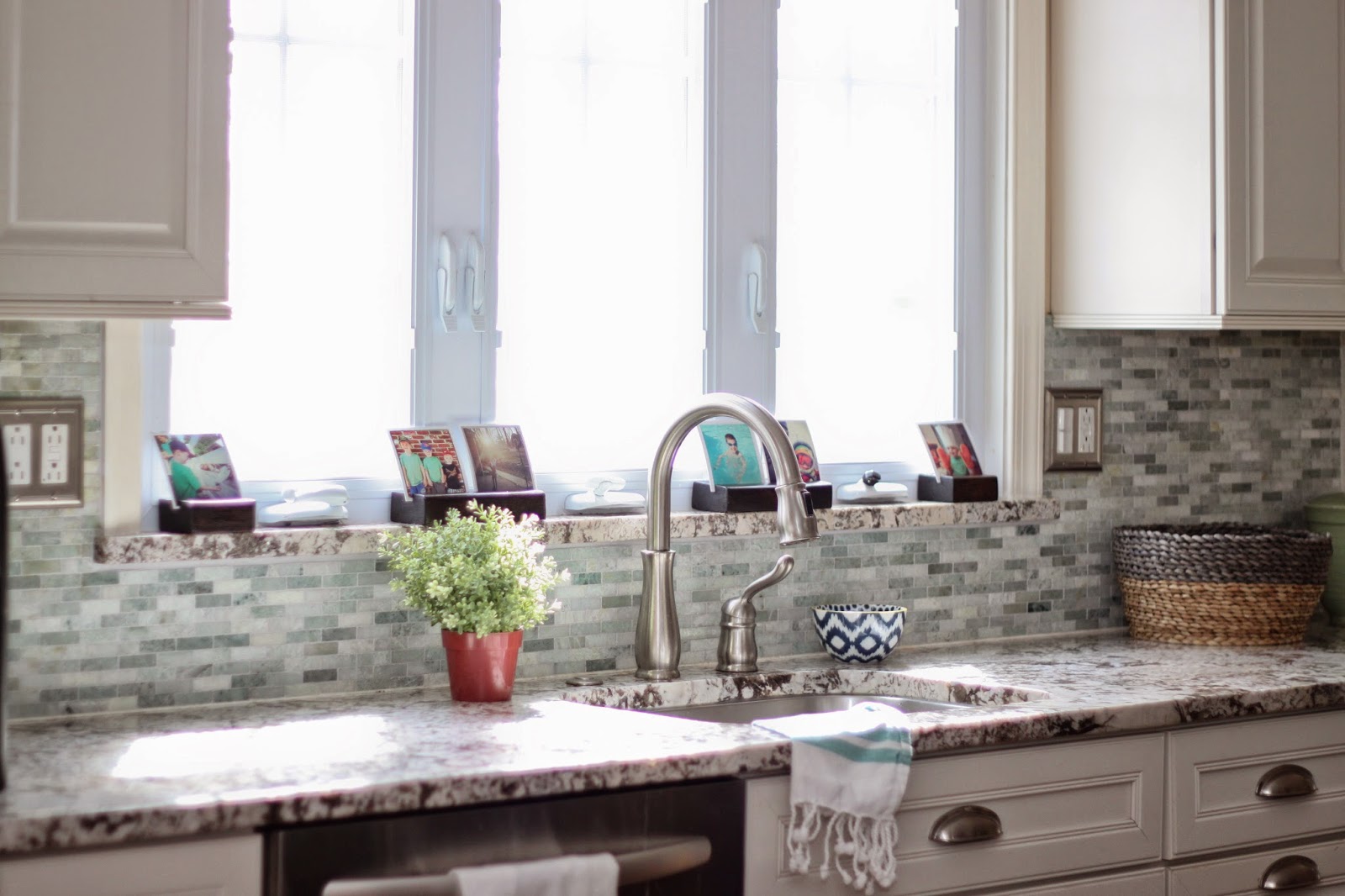 Some of my favorite photos are from my phone.  Camera phones have come a long way from the low resolution, blurry photos to the high-def pics with options to crop, correct and filter all with a few swipes of your thumb.  I don't always carry my bulky camera with me but I almost always have my phone.  Without it I never would have captured my son's first bike ride without training wheels, their first jumps off the diving board or their first t-ball at bats.  I was going through my pictures the other day and realized that while I love the shots, they're sort of just stuck in my phone.

I searched around a little for display options and man are there ever options out there.  You can subscribe to a service that automatically prints, binds and mails you a book of your photos each month.  You can have them made into almost anything from calendars to greeting cards.  I also found blocks of wood that held photos but was shocked at the $15 price tag.  A quick and easy DIY project it became.

We had some scrap wood left over from the reclaimed wood console table we built a few years back.  I'm told the wood originally served as the beams from a paper mill in the early 1900's. 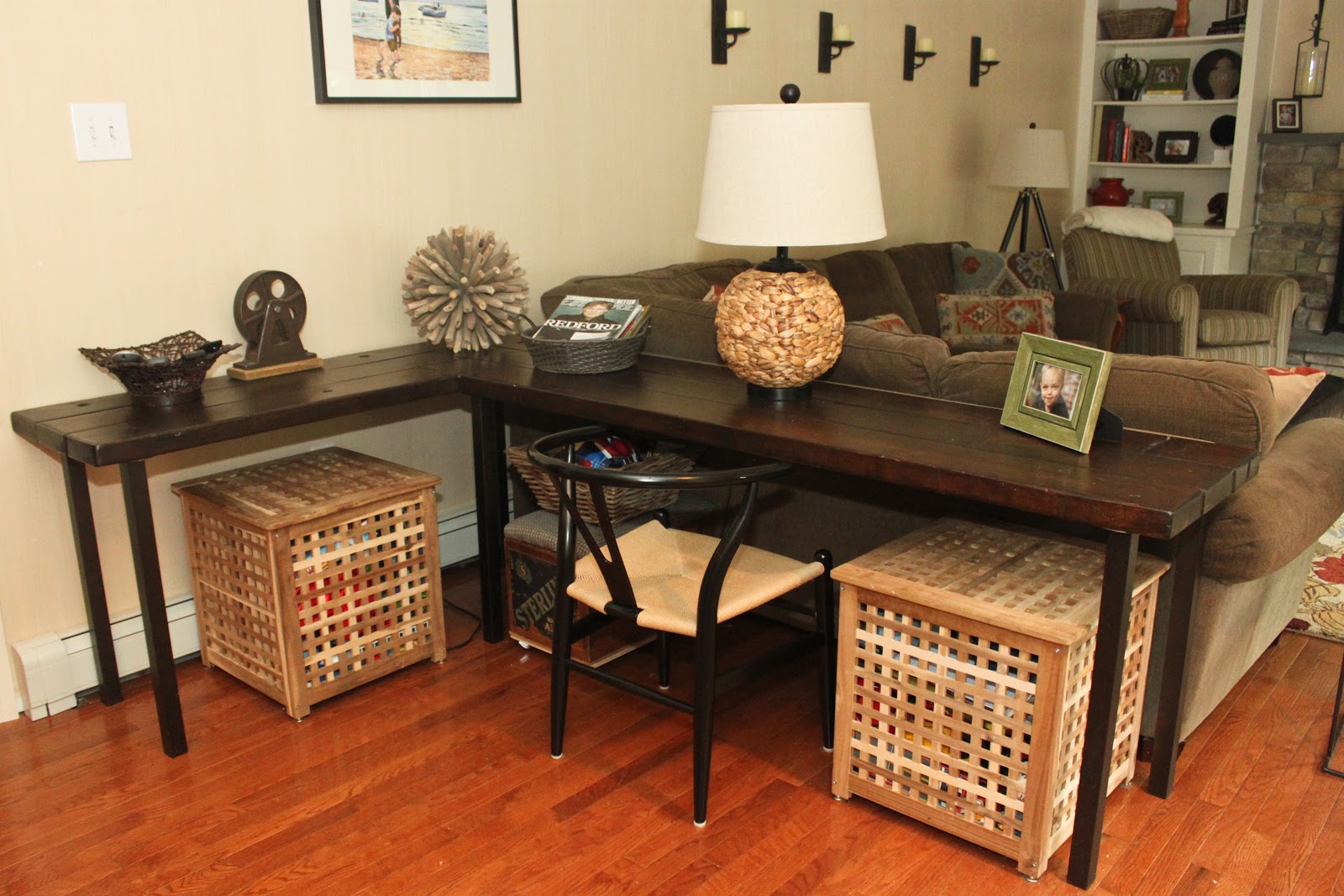 No need to go in depth on how to make the wood blocks.  Basically cut to whatever size you want (we chose to go slightly smaller than 4" so that the edges would hang off on either end), route a groove for the picture to sit in (we used a 10 degree angle), sand, stain and poly to preference.  I used the same stain and poly I used on the table so the entire project ended up being free for me. 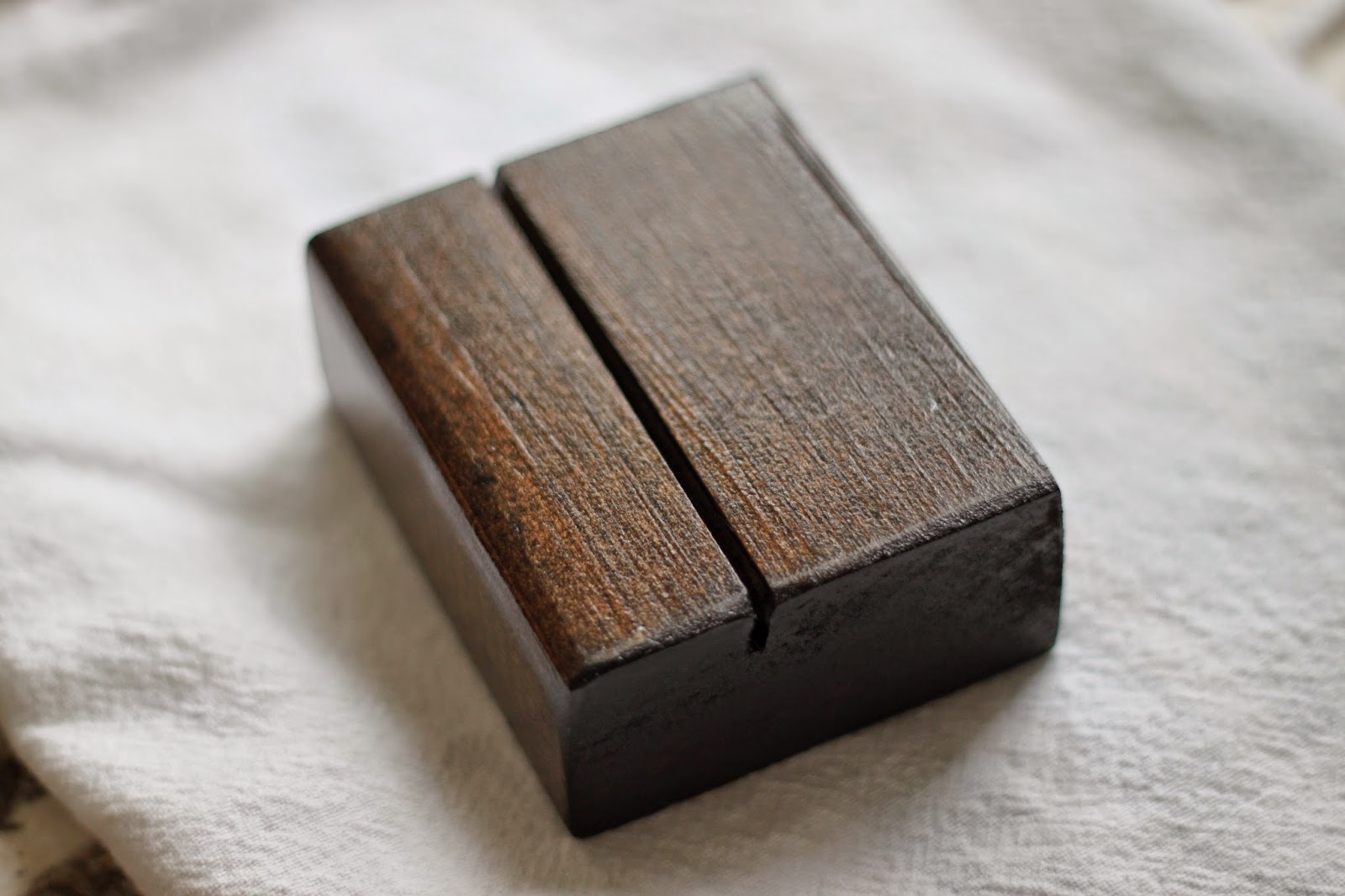 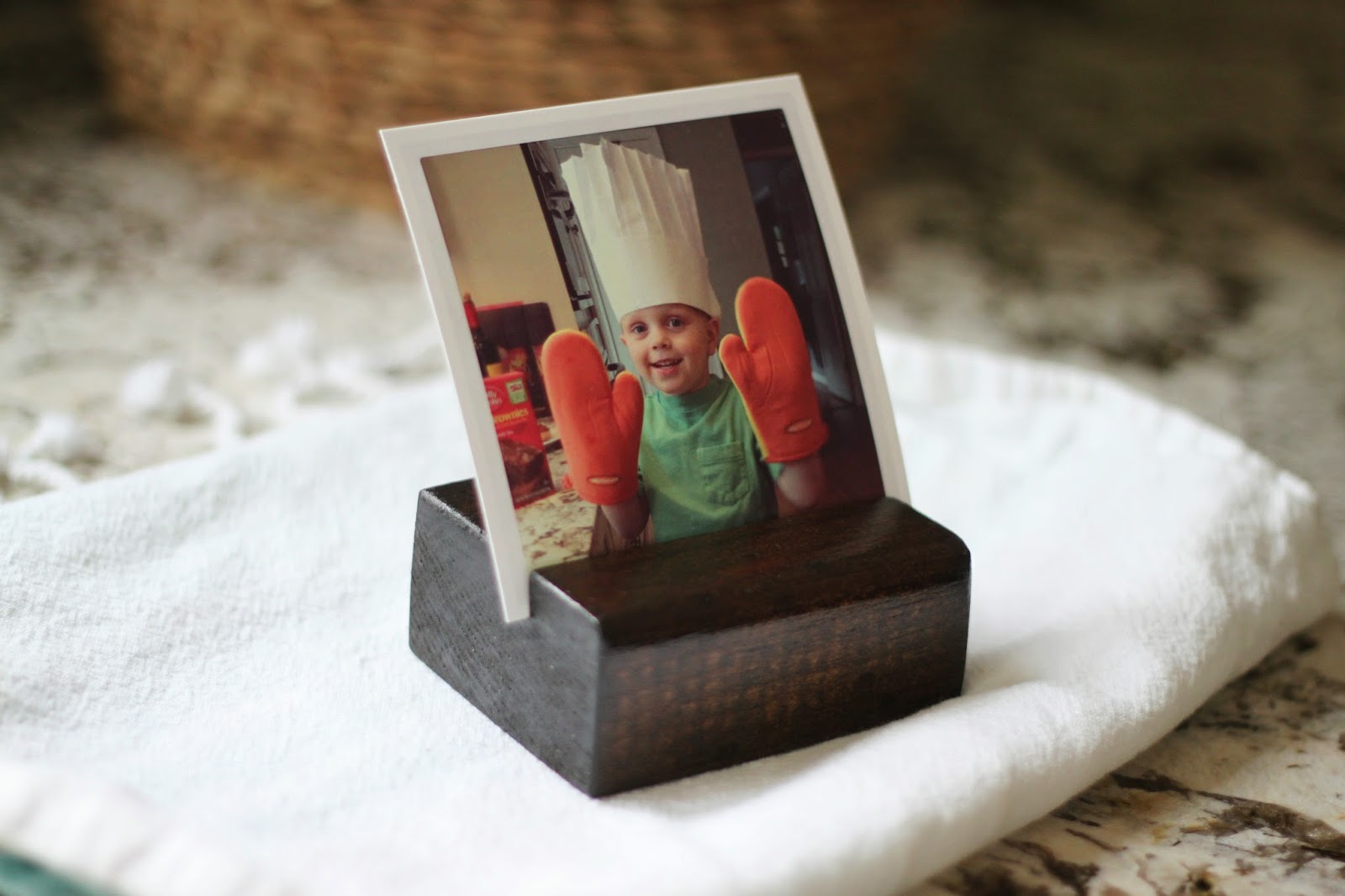 The grooves hold a few pictures so I can easily rotate them for a change of scenery.  I like the influx of color and the subject matter of my men always makes me smile :) 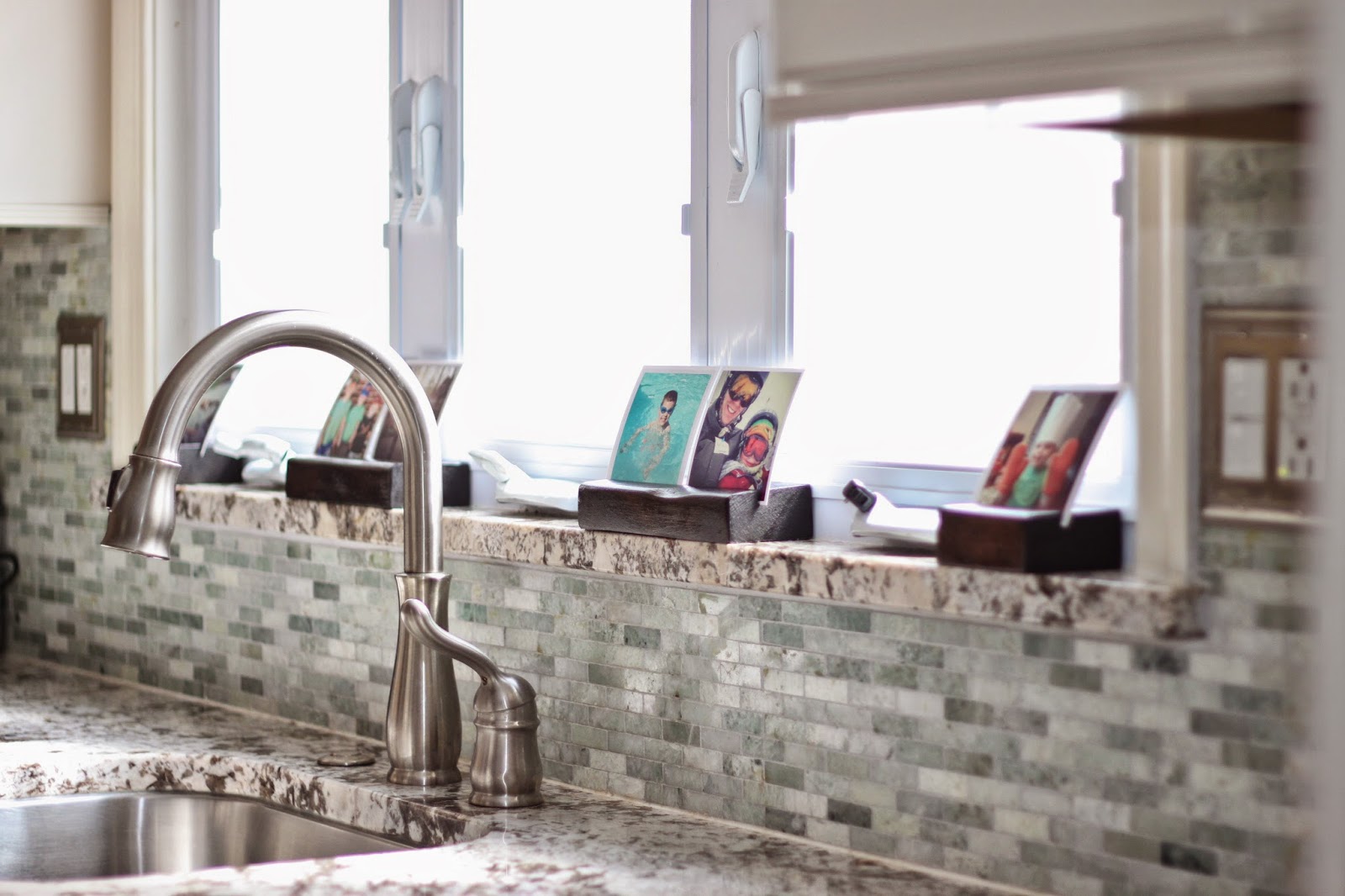 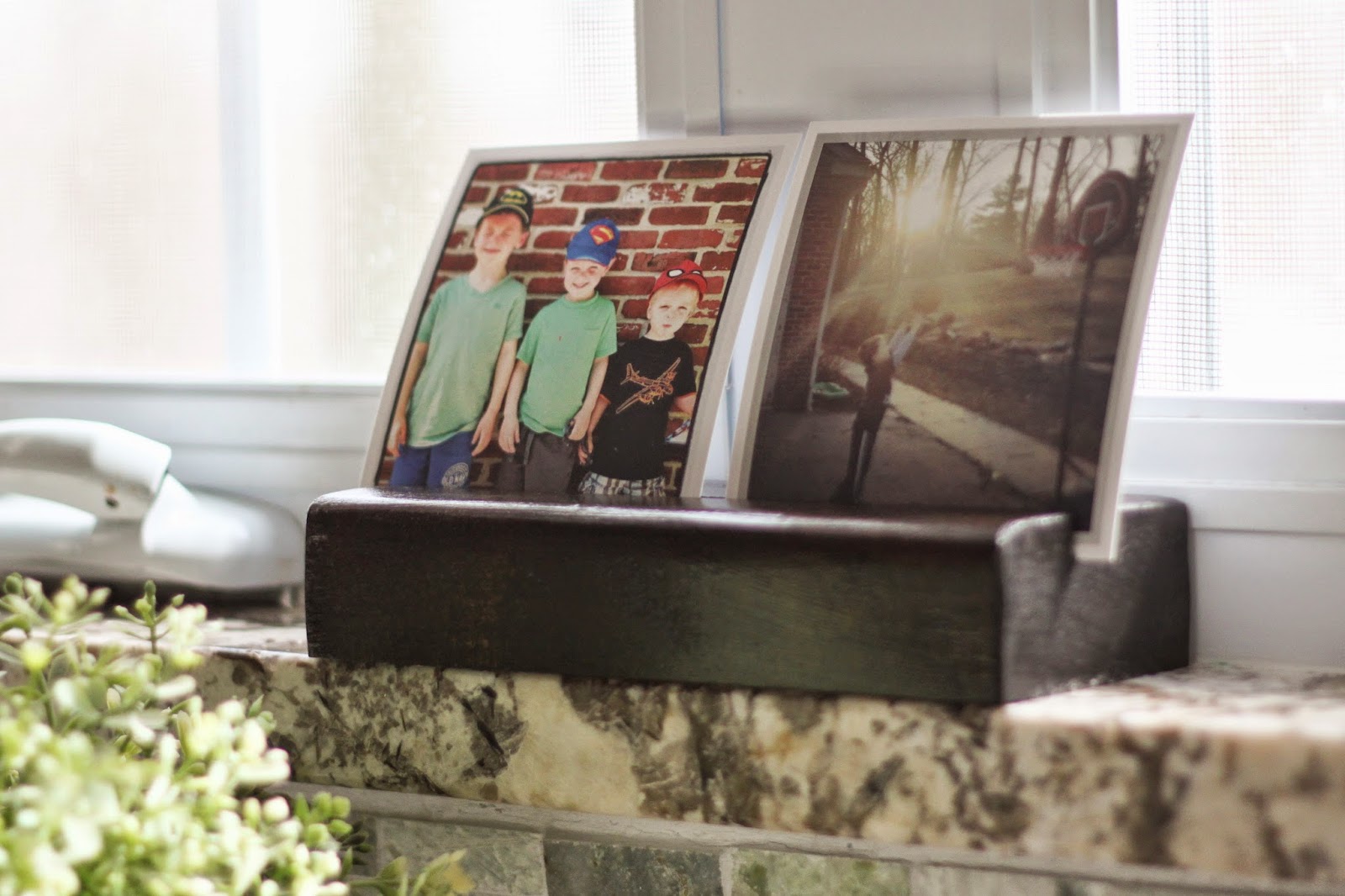 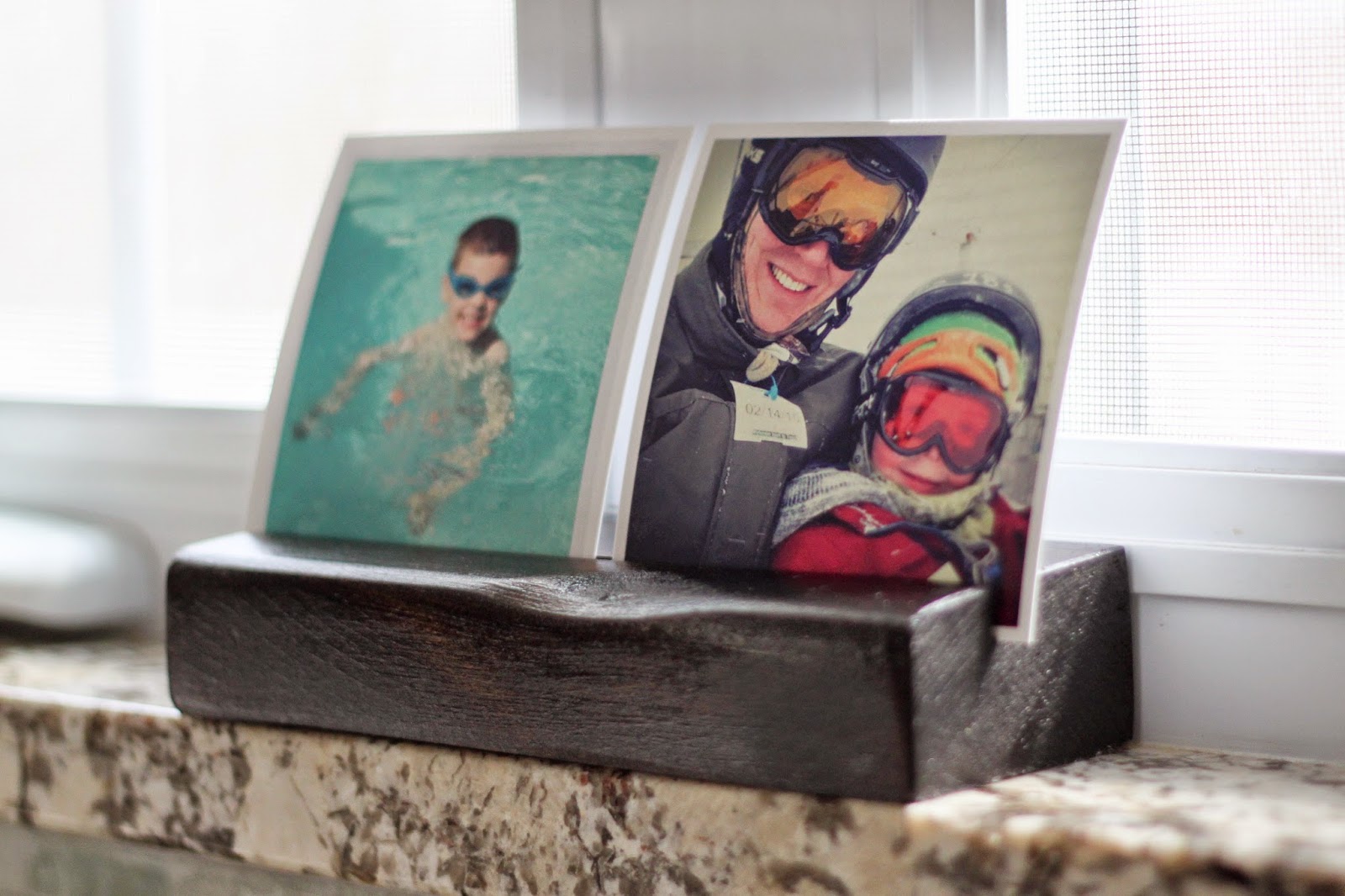 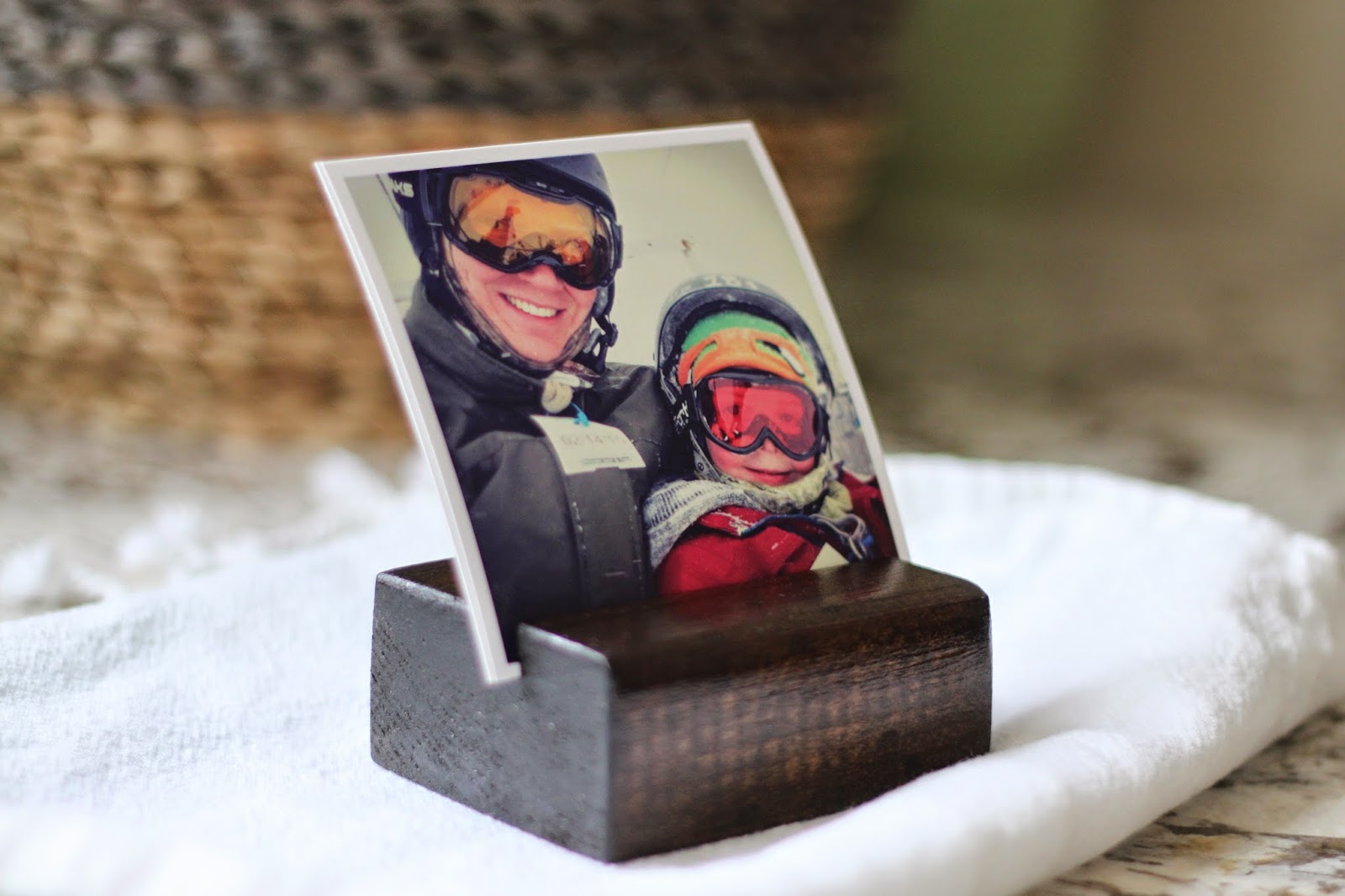 So from beams in a paper mill circa early 1900's to my kitchen displaying cell phone pictures this wood has certainly had a very full life!
Posted by meg at 11:41 AM No comments: