This was the renovation we were going to do 10-15 years after we moved in. When the kids were older we said. We already had a functional master suite which was original to the house (circa 1968 but functional) so why rush it? We'd live in the space and get a feel for what we wanted and do it right. Uh huh.

Fast forward 3 years and 3 babies later to last summer.  Somehow we managed to fill the bedrooms original to the house which meant that we had to renovate the addition the prior home owners built to become our room. The addition had two bedrooms, an avocado colored laminate bathroom, a small closet/crawlspace and a small, dark hallway connecting these spaces.

After 3 years of nothing but renovations and babies (in no particular order) my husband promised me we wouldn't DIY this one (well not all of it anyway). Sean throwing his back out lifting the new window for the room sealed the deal.  I worked on the design and purchased the materials over the course of 6 months as things went on sale to save money.

I'm an accountant by day so here is a breakdown of the project in terms of numbers:

Now, the before and after's.

View from the hallway into the bathroom. Before... 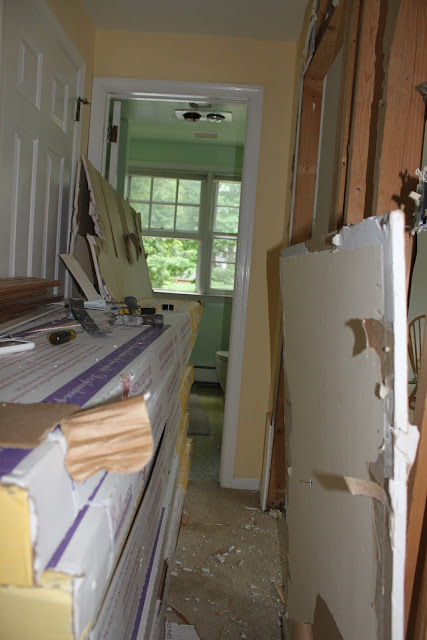 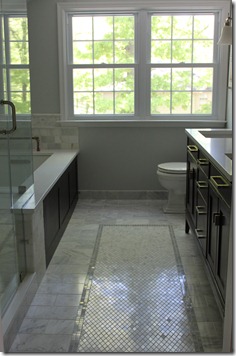 View of the toilet and moldy window. 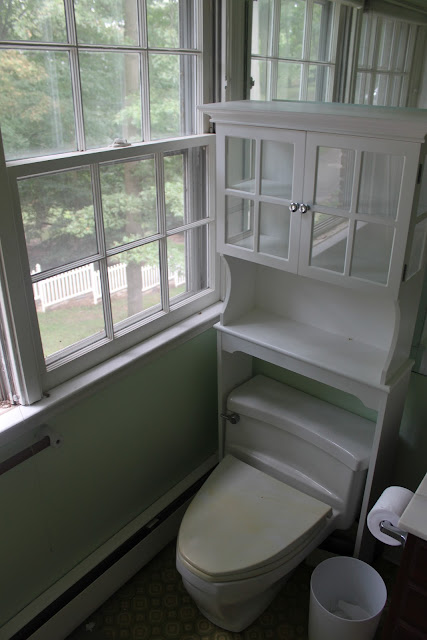 The new toilet is named Memoirs by Kohler. Seriously. I wonder if you need any special training or degree to name toilets?  The painting is one my dad did for my boyfriend 10 years ago of the BF as a baby with his father (don’t worry he’s my husband now…otherwise that would be weird). 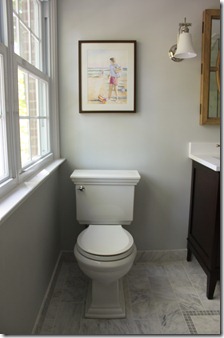 View from the window wall to the door. You can see just how small this room was. Single sink vanity to the left, plastic shower to the right. I have no idea why there is a Giants cooler in the bathroom. We're Eagles fans. Oh wait, maybe that's why it was in the bathroom. 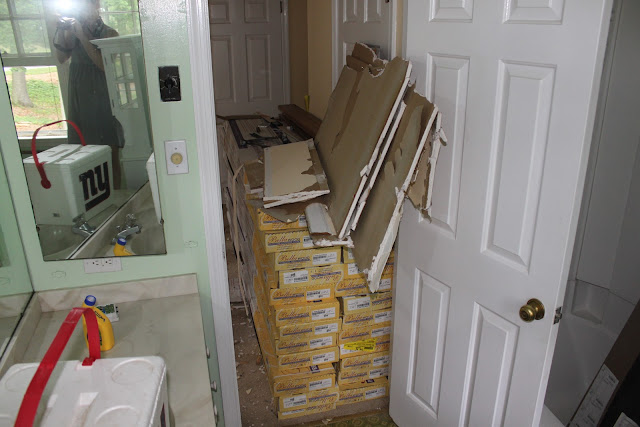 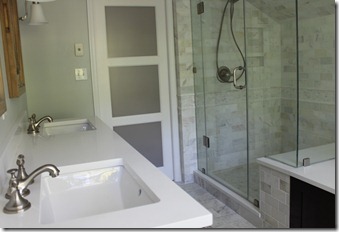 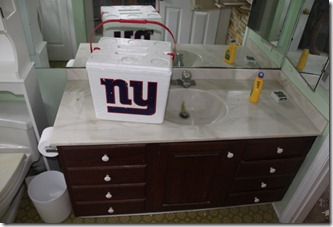 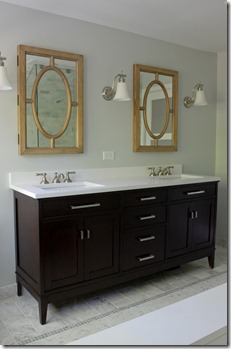 View from the toilet to the shower. The linen closet to the right was removed. Just one of the seven doors removed in this renovation. 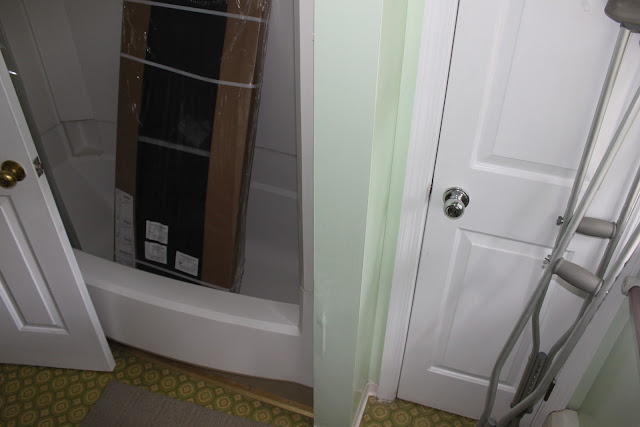 We knew we definitely wanted a Carrera marble scheme but thought a marble or granite slab for the tub deck and vanity top would have been too much.  Then I thought, WWCOD (What Would Candice Olson Do?).  Definitely white quartz. 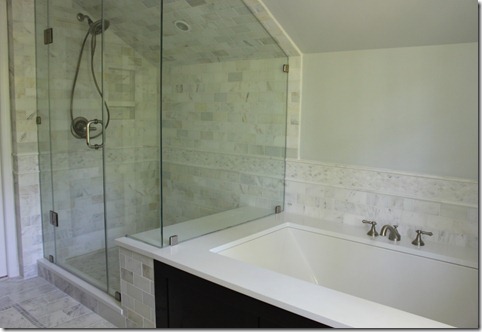 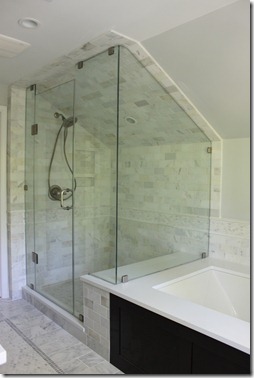 The floor before. No words here. 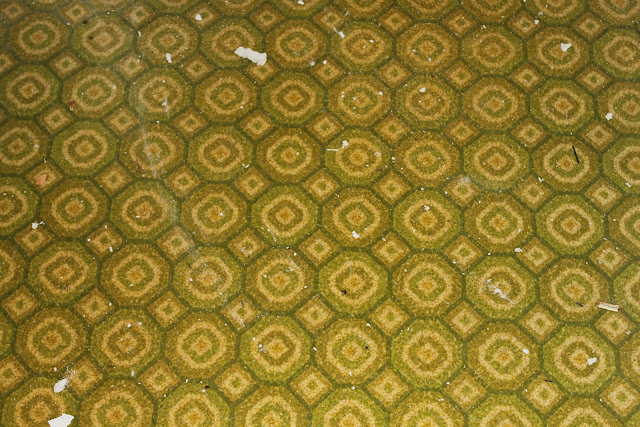 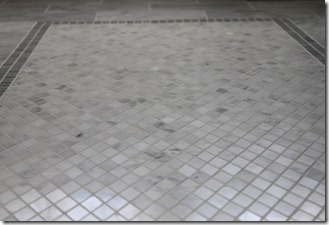 Tile: We chose a Carrera marble scheme from Avalon tile and our installers were truly artists. I may regret the marble but go big or go home right? We went with honed instead of polished marble because honed is supposed to be more forgiving. Marble takes maintenance and stains/scratches easily so I figured honed would hide the inevitable marks. I’m really glad I did. If you live in a house full of men like I do then you know their “aim” isn’t always perfect. 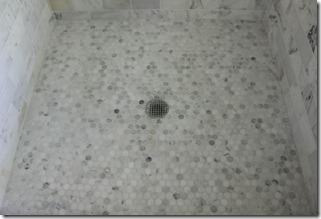 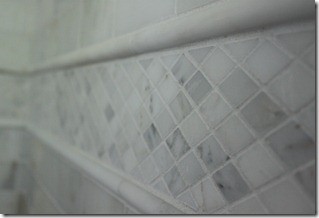 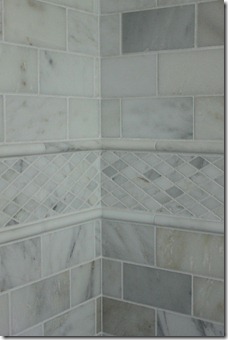 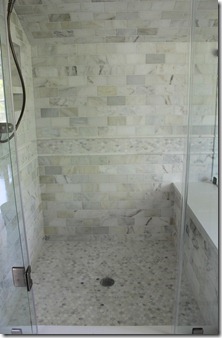 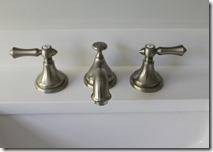 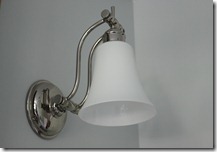 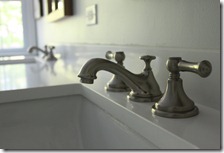 Shared with: Savvy Southern Style Oopsey Daisy Tater Tots and Jello Between Naps On The Porch
Posted by meg at 5:48 PM