The Great Wall of Martin

One of the few projects that rank up there with kitchens in terms of difficulty are bathrooms and to our surprise, retaining walls. When we moved into this money pit the existing brick retaining wall was leaning a little. I'm no engineer but I'm pretty sure if it is leaning it probably isn't retaining much. 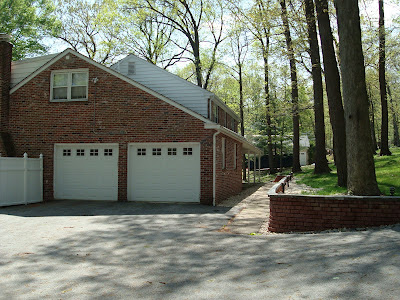 We knew it would eventually have to be replaced and sure enough a few months later the wall fell. We decided that 12 weeks after having our 2nd child in less than 2 years we needed to replace the 100 ft retaining wall. We always realize in hindsight how silly these things are. 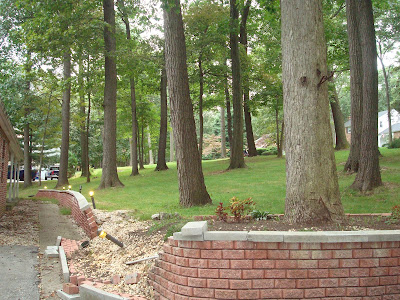 10 pallets of stone, 2 tons of gravel, dozens of yards of dirt/mulch and more money than I care to admit in plants we began the project. It was by far the hottest summer on record so my husband and friends weren't ever disappointed when it rained and they had to take a break to 'rehydrate' with their beverages of choice. 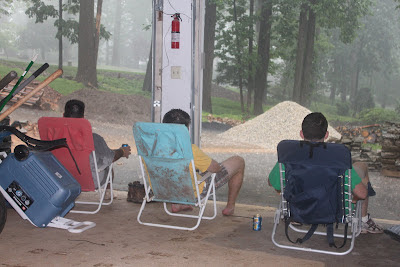 Along with the generous help of friends, family and neighbors we built that wall (we had more colorful words to describe the wall while we were in the middle of it) stone by stone. 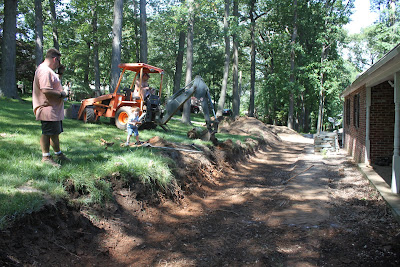 This retaining wall wasn't just for show. We were actually retaining a pretty decent sized sloped front yard. We didn't want to repeat the mistakes of the prior owners so my husband did a lot of research on how to ensure it didn't fall again. The strategy we went with was one our neighbor used and because his is still standing we figured we'd give it a shot too. The key is to build the wall into the ground so that as the ground freezes and thaws the wall moves with it (instead of being pushed by the ground). To do that you turn some of the stones perpendicular with the wall every few feet and back fill with dirt and stone. So far so good. After 2 winters it is still standing and not leaning.
Because it is such a long wall we decided to add 6' stairs to break up the space. I wasn't so sure at the time but because my husband was the one doing all the back breaking labor I let him win and I'm so glad I did. He was right.  He loves it when I say that. It has served as a nice spot to sit and have a drink (not that we're ever driven to drink or anything...). 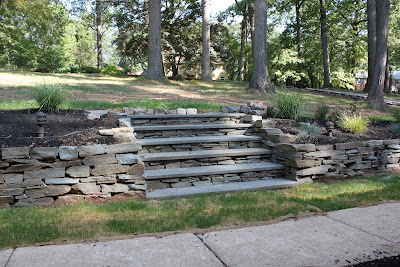 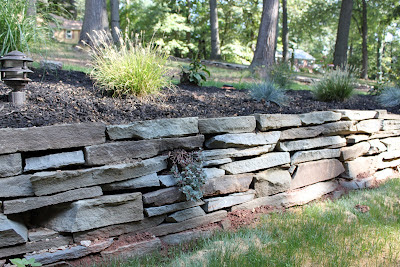 We gave DIY landscaping a try and if I could do it all over again I would have paid a professional to do it. I just don't have a green thumb. 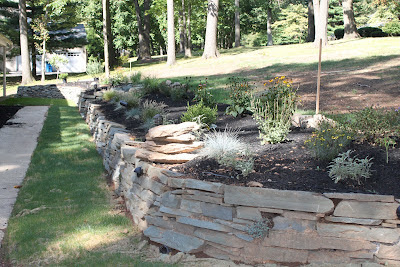 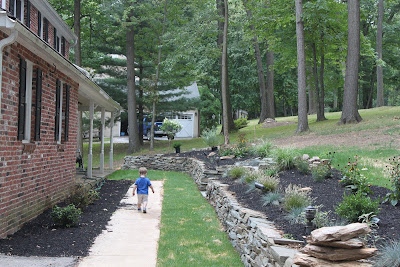 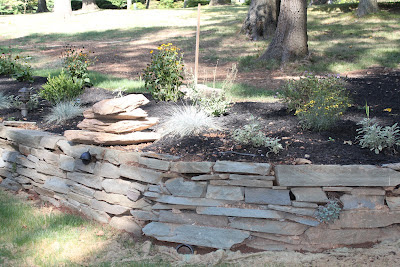 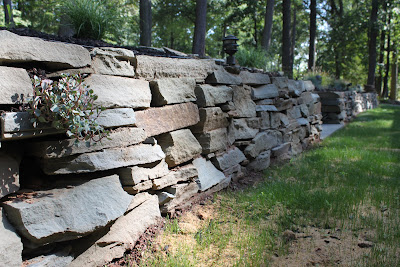 I won't lie. That was a really tough project and I'm not sure I'd DIY it again. The local tow company became very familiar with our house as we had to call them out a few times to get the Bobcat out of the mud. They actually felt sorry for us the last time and didn't charge us. Thanks Jamison Towing!
Posted by meg at 5:49 AM